The sun is shining, the sky is blue, the temperature freezing cold, though. Still the birds sing and the air smells a bit like spring.

While it may somewhat feel (if you ignore the icy mornings) and sound a little bit like spring, I reckon winter still has us in its grip. It is January after all.

Having said that, the title and the featured image of this story is flowery. What? In winter? Yes, you will see colours, flowers, and green landscape pictures today. For arid regions amazingly come into bloom whenever there is enough rain no matter what time of the year.

Lanzarote is such an arid and barren – in terms of its colour palette – region, a volcanic island in the Atlantic ocean. You see fifty shades of brown on the slopes of the many volcanoes, blackened lava streams, clusters of white buildings, and of course the blue of the ocean when your plane nears the island and descends into Arrecife airport.

After some heavy and regular rainfalls, however, the island completely transforms and astonishes with green volcanoes and flower meadows you would never guess are possible when you know Lanzarote from the rather dry times. See the difference: 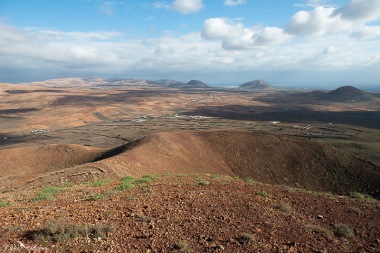 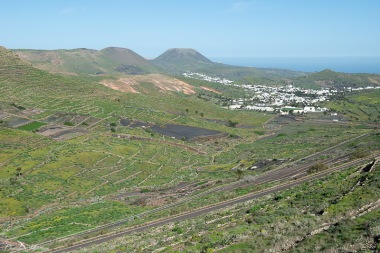 One green island after rains

same view after rain in December 2018 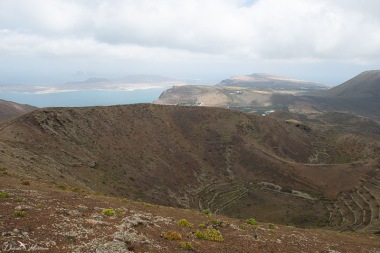 and green shirt
It is such a delight to walk barefoot in grass and trying to grasp what nature is capable of. So many seeds and eggs being hidden in the soil waiting for the moment to explode into life. You do not normally see many insects, let alone grasshopper larvae, but now they all are abound. I even had to work on some of the photographs in Lightroom as they appeared as black dots in the blue sky ;0).

Even my favourite beach background changed. 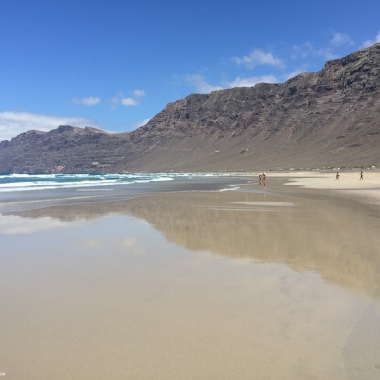 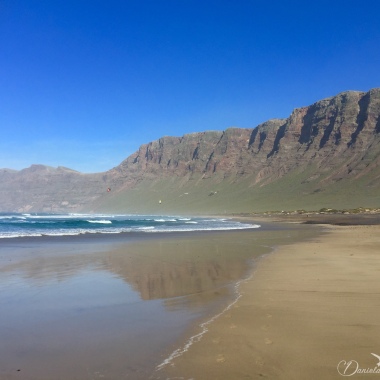 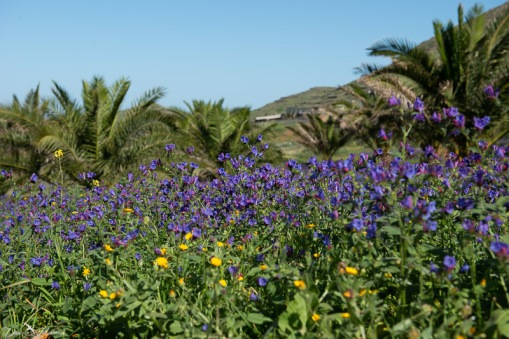 As colourful as it gets 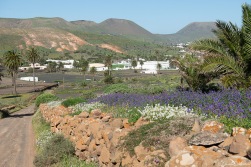 Look and breathe
Sometimes colours and flowers mix. Yellow and purple are a good match, don’t you think? 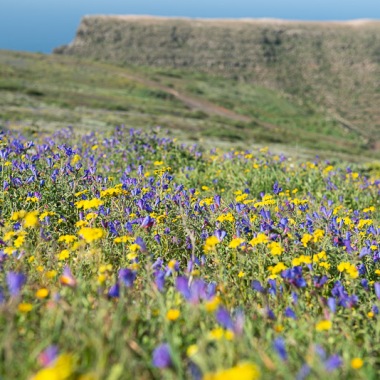 A meadow of yellow, purple, and green 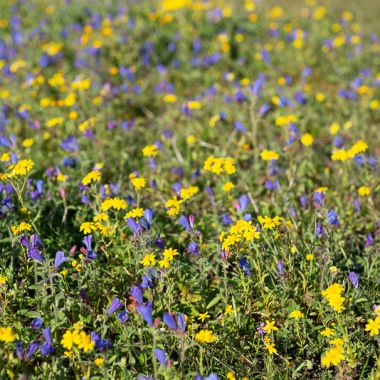 It is both the close up look and the wider angle of the landscape that takes my breath away. The transformation of a whole island after good rains is just simply spectacular and actually beyond words. I took the photographs of the lavender (above) on the slopes of the volcano I am standing on in the two pictures below. The volcano faces the neighbouring island of La Graciosa. The perspective below is not exactly but roughly the same, so you really easily see the mind-boggling change that water brings with it.

“Change is the only constant in life.” Heraclitus

Are you interested in reading other stories I wrote about Lanzarote and finding out why I am so often there? Then go to:
Sandy Feet
Vitamin Sea