I have the pleasure of working with people from all over the world. In a German class I teach I might have course participants from ten different corners of the world with as many languages and cultural backgrounds. Learning is quite often mutual in these classrooms.

When we started the lesson on March 20th with me asking the students what date it was and what was so special about it, I received different answers. Most said that it was the start of spring, but one woman originally from Afghanistan told us it was her beginning of a new year called Nowruz.

So at the exact time as spring officially starts, people growing up with the Persian culture celebrate their new year. This year, it was exactly on March 20th at 5:15:23 pm MEZ. That means, the beginning of the Persian new year changes every year as does the beginning of spring.

Maryam, a friend of mine from Iran I taught German quite a while ago, kindly let me in on the traditions around Nowruz. I was warmheartedly welcomed in their home and served lovely black tea with a hint of fresh mint and traditional specialities in what looks beautifully Iranian.

END_OF_DOCUMENT_TOKEN_TO_BE_REPLACED 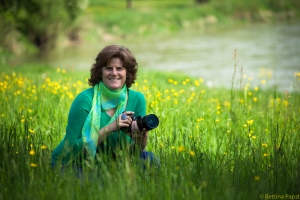